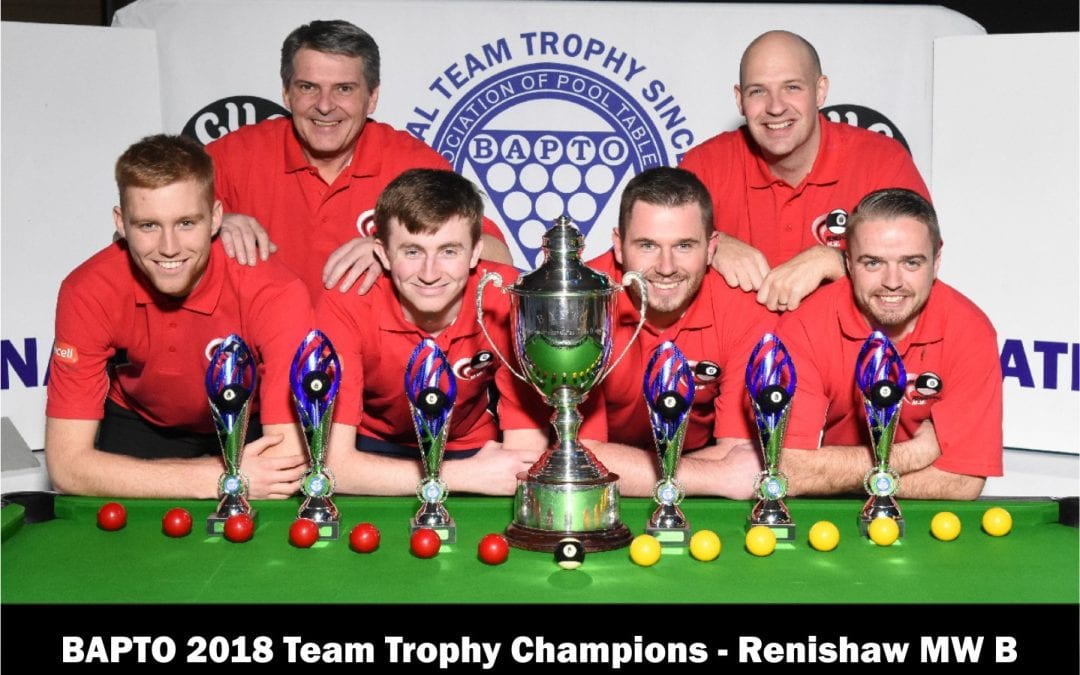 The second week in November may not be a peak time to visit the seaside town of Blackpool, but the Norbreck Castle Hotel was absolutely bouncing last weekend with an unprecedented buzzing atmosphere, as it welcomed pool players from the UK and France to the 42nd BAPTO Tournament!

Over 700 players and spectators graced the Norcolympia arena for an extended weekend of singles, mixed doubles and of course, the 5-player team event which started on the Friday morning.

Seasoned BAPTO Referee, Donna Coatsworth said of the event; “It was without a doubt, THE best BAPTO event to date.  This is a prestigious and traditional competition, but the inclusion of music during the matches was inspired.

It showed the comp was prepared to move with the times and provide an amazing atmosphere throughout the whole weekend.

Listening to 700+ people really enjoying themselves and singing along and dancing to ‘Sweet Caroline’ was what every event should be about!”

Four busy days of pool took place, which saw many welcome new faces and teams from the World Rules contingent of the game and three AFEBAS teams from France. The new double round robin team format created blackball shootouts a-plenty and ultimately concluded with Wigan’s ‘Q8’nt Seen Nothing Yet’ being defeated by Sheffield’s ‘Renishaw Miners Welfare B’, in a sudden death penalty shoot-out, in the Team Trophy finale.

The game went to a blackball shootout, and the teams couldn’t be separated after 5 penalties a piece, so sudden death beckoned!

It was short-lived though, after Renishaw potted their spot-to-spot black, and Q8’s black rattled unforgivingly in the corner bag, giving them a none too shabby runners-up place in the 128-team tournament.

Such an exciting match was the perfect culmination for the 5,000+ viewers sat at home, who had been watching key BAPTO matches throughout the weekend, thanks to the excellent live streaming services provided by local Blackpool firm, Tsunami streaming.

In the Team event, the plate final saw BAPTO veterans, The Bears from Wisbech, take on the Oracle T-Totals, who found themselves unfortunately 2 players short prior to the event.  Fortunately, thanks to the foresight of Rob Pearce and Sharon Griffiths who have a random drawn ‘reserve player’ list, they were able to pick up two capable players to help them go all the way to the Final, but unfortunately for them, it was one ask too many as they fell short to the strength of The Bears, who lifted the trophy, losing 3-6.

Some more close finals matches saw Wales’s Phil Hoskins came out on top against Dean Shields in a deciding frame in the Men’s singles final, to win 4-3, whilst Natalie ‘Brat’ Madden grinded out a deciding frame to beat Manchester’s Arlene ‘Leeny’ McGougan, who played some faultless pool to reach her first ever singles final. Local amateur Lee Clough partnered with the aforementioned Nat Madden, who took the spoils from the quality Southern pairing of Ian Ali and Ursula Zalenska, winning 3-1.

We caught up with the singles Champions to gather their thoughts of the event:

Men’s Champion Phil Hoskins said of the event; “Over the moon to win the BAPTO Men’s Singles title at my very first attempt.

Thoroughly enjoyed the weekend, fantastic venue and location in Blackpool. Great to meet new people but also catch up with some old faces.

Fantastic party atmosphere and we’re all still trying to work out who the f**k Alice is, ha ha.

Will definitely be back to defend my title in 2019”.

Ladies Champion, Natalie Madden says; “My 2nd year playing at BAPTO & I can honestly say it’s one of my favourite events.

Fantastic tables, great organisation and an atmosphere like no other, I’m hooked!”

It was also noted that during the 1-minute silence to mark 100 years since the end of World War One, not a whisper could be heard from the huge crowd of players, even though their play was disturbed to pay our respects.  A very emotional 60 seconds and one that everyone in attendance should be incredibly proud of.

The new double round robin format was well received, keeping teams playing Friday and Saturday, with 6 matches of pool before any chance of being knocked out. Every team that attended was guaranteed 48 frames of pool, with 64 teams going through to the Sunday knockout stages and sharing in a massive £16,000 prize fund. Prizes were paid down to the last 64 in the Men’s singles, giving many more players a share of the prize fund. Visit the BAPTO Facebook group for the weekend pics, videos and banter,

So, another years’ worth of planning gone in a flash…  Still, only another 6 months before registration opens for BAPTO 2019 and just under 7 months until the Novice weekend of the Golden 8 Ball festivities!

See you all soon and on behalf of all the BAPTO team, we hope you have a fantastic Christmas! 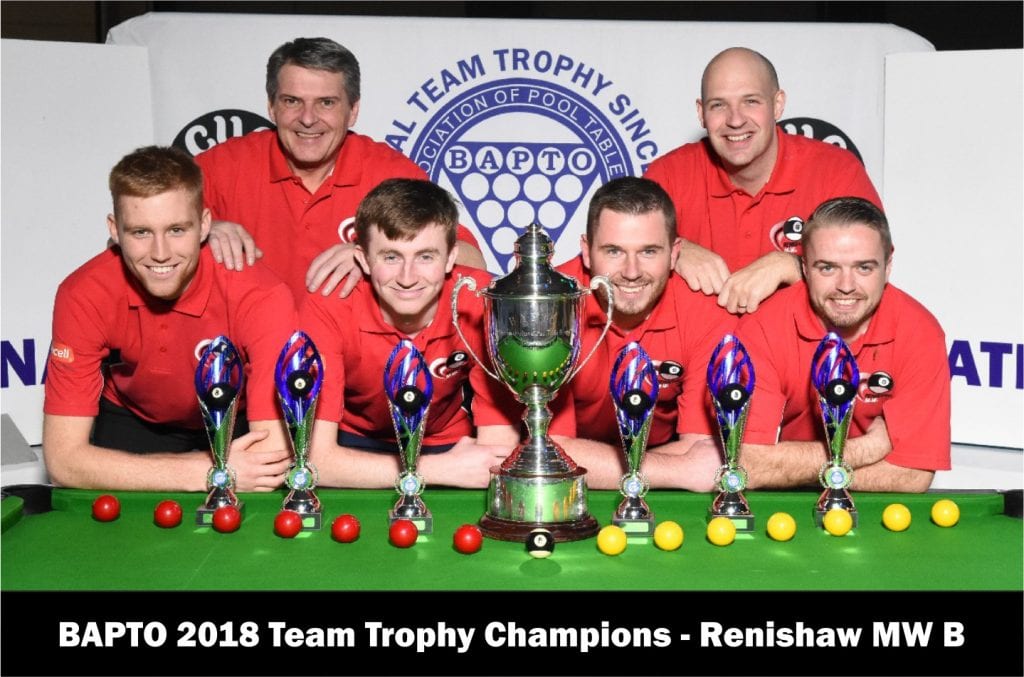 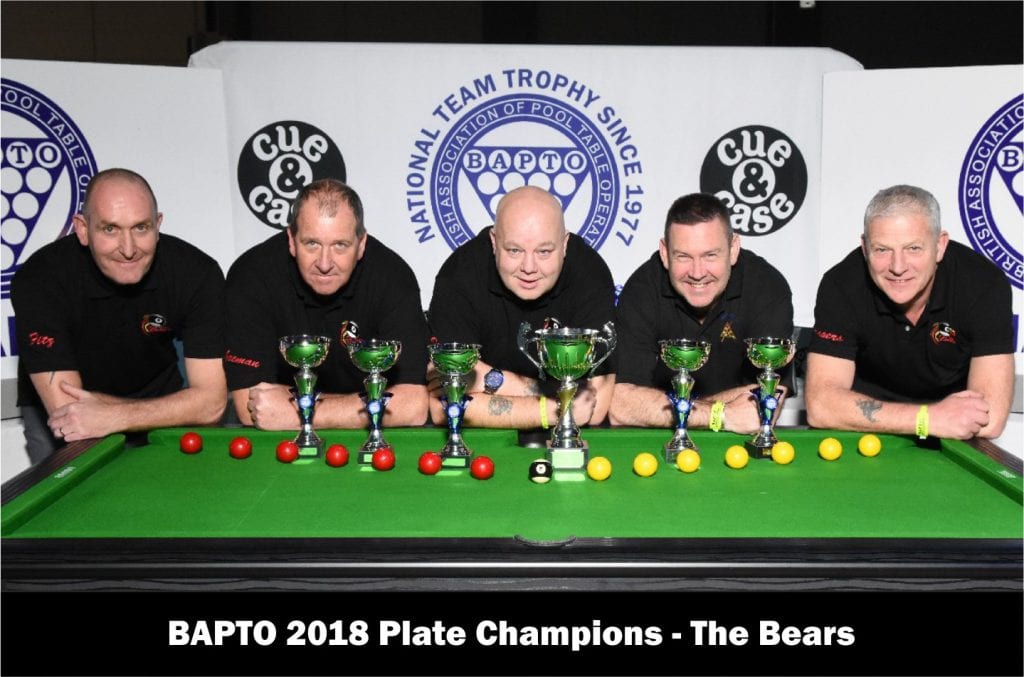 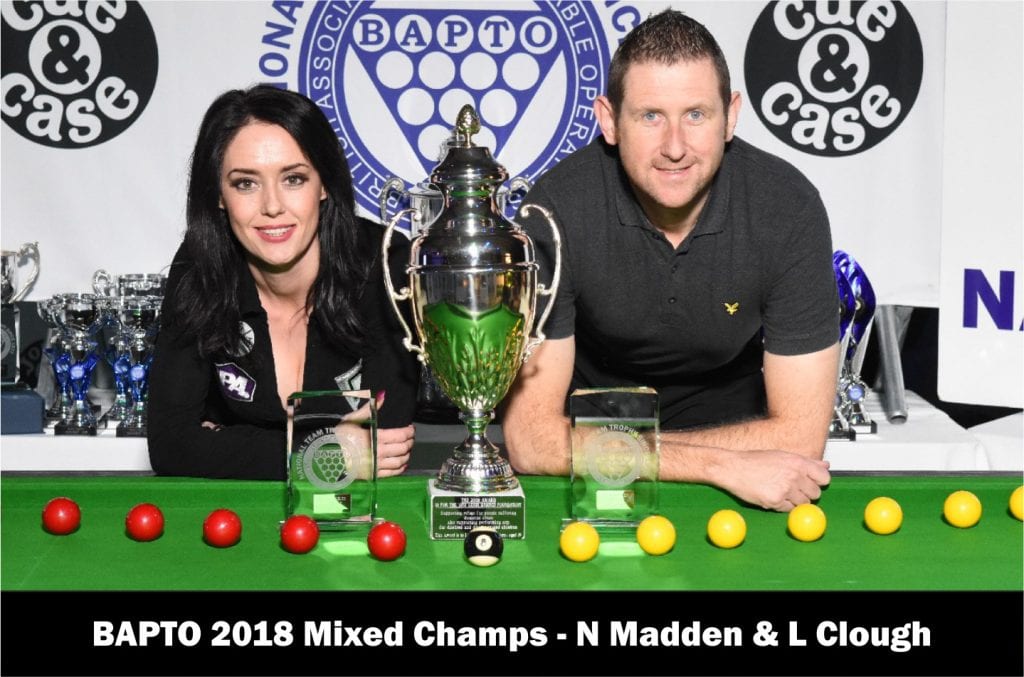 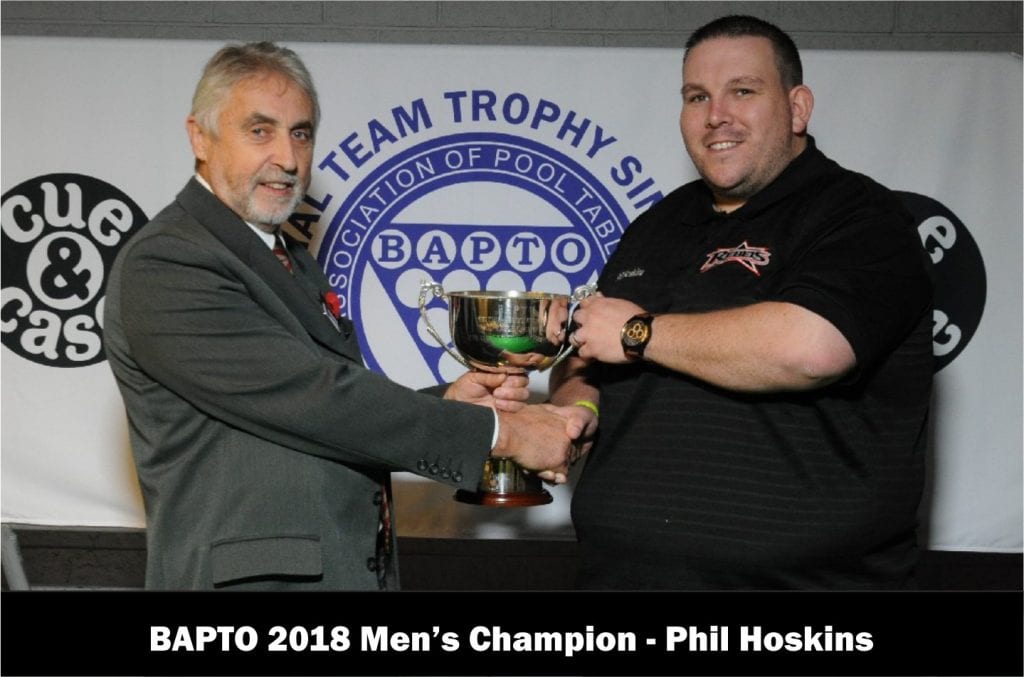 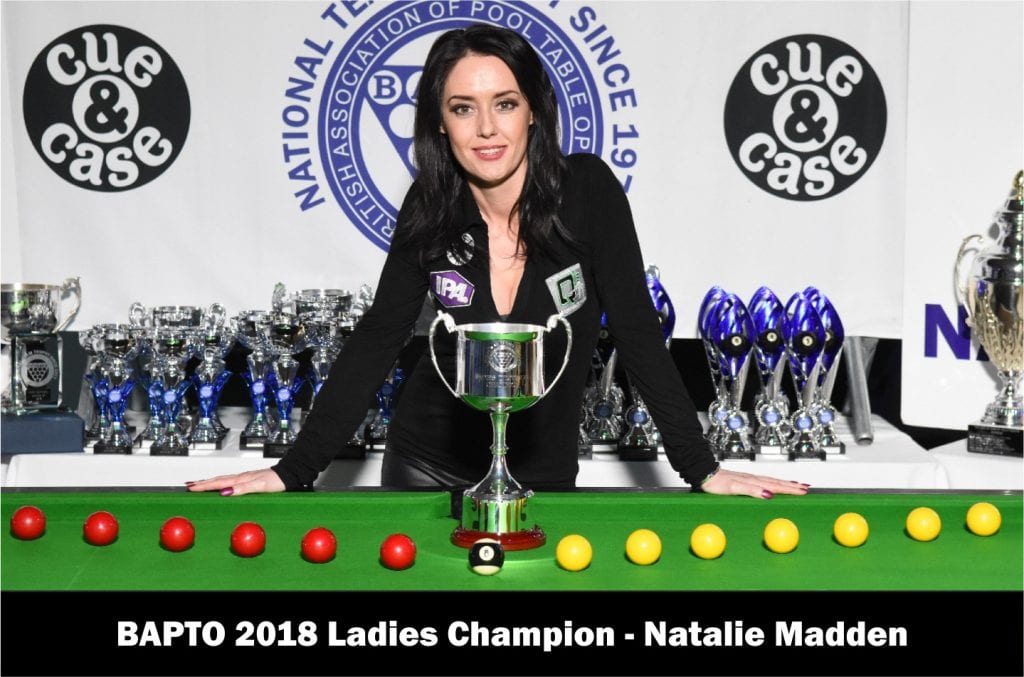 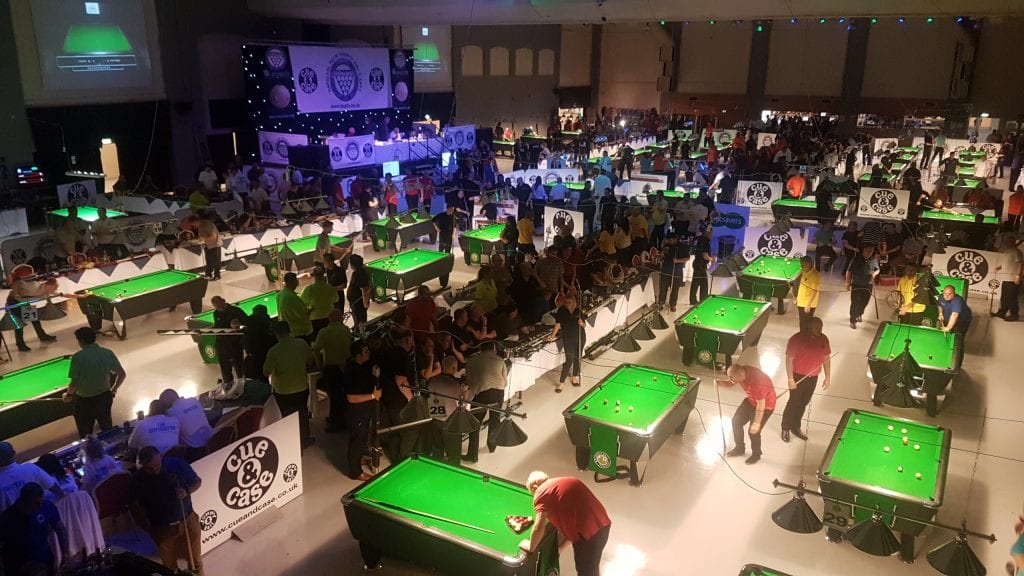